Ants are moving on a white backround. In the beginning of the video the ants are very agile. Later their movement slackens. The so called “Ant- War” - the snow on the TV - is transfered into living protagonists. But in difference to the TV-Ants the real ones did not move constantly. The real ants almost stopped moving after they realized that there is no possibility to get out of the frame. Because ants communicate with scents. They tell each other that it is pointless to try to get out. In the mediated representation the ants turn into teeming agents that activate a tight feeling. 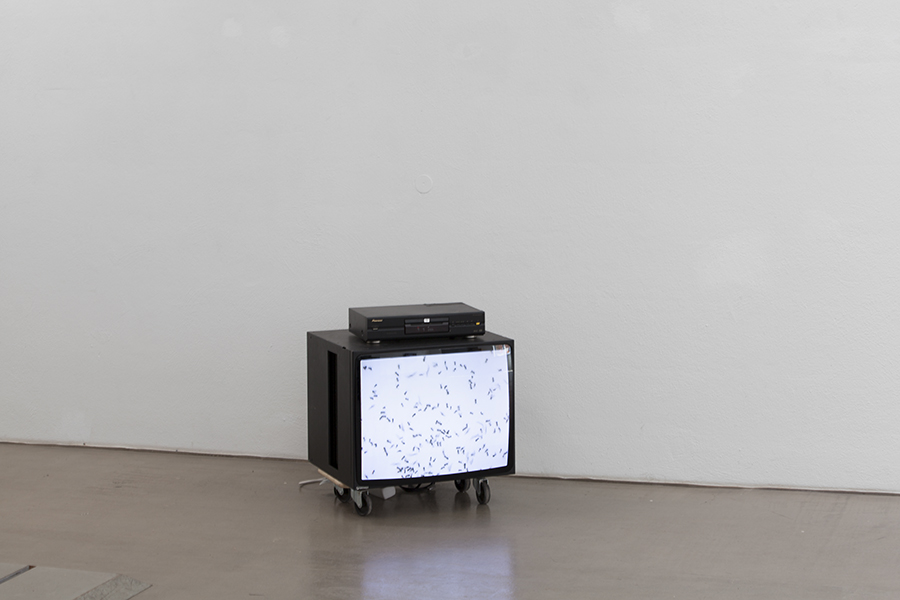