The starting point of comment . comment . comment was the idea of a re-encounter with the artistic intervention "Democracy Poll/ Demokratische Erhebung" by the artist collective Group Material from 1990. The work deals, among other things, with the topics: nationalism, racism, right-wing populism and anti-democratic tendencies. In 1990 Group Material conducted 120 interviews with passers-by in Germany and the USA. Reading the texts, it became apparent that, under the current right-wing populism and shift to the right, they were more topical than ever. Comment . comment . comment is an intervention in public space: a selection of the 1990s interviews was printed on postcards and presented in a postcard rack at ’Ku‘Damm-Eck‘. Passers-by were invited to discuss the contents of the interviews and comment anonymously on the reverse. Thus an examination of the political, socio-critical and historical content of the 1990 intervention and the continuity of racism, democracy and patriotism was initiated. In addition, a lecture performance in the nGbK contextualized the historical conditions and the genesis of the work. 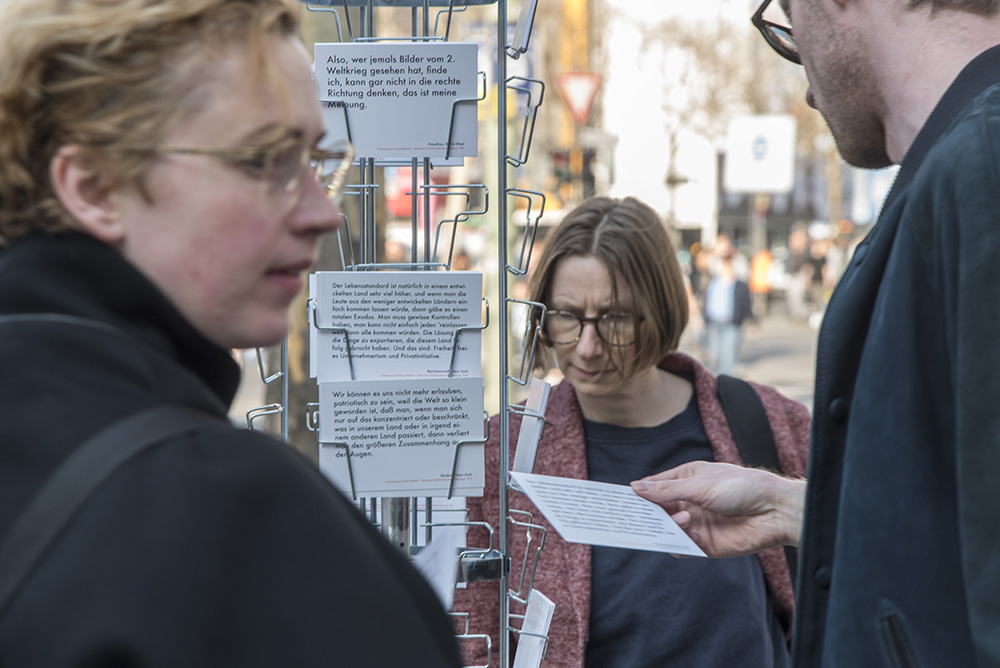 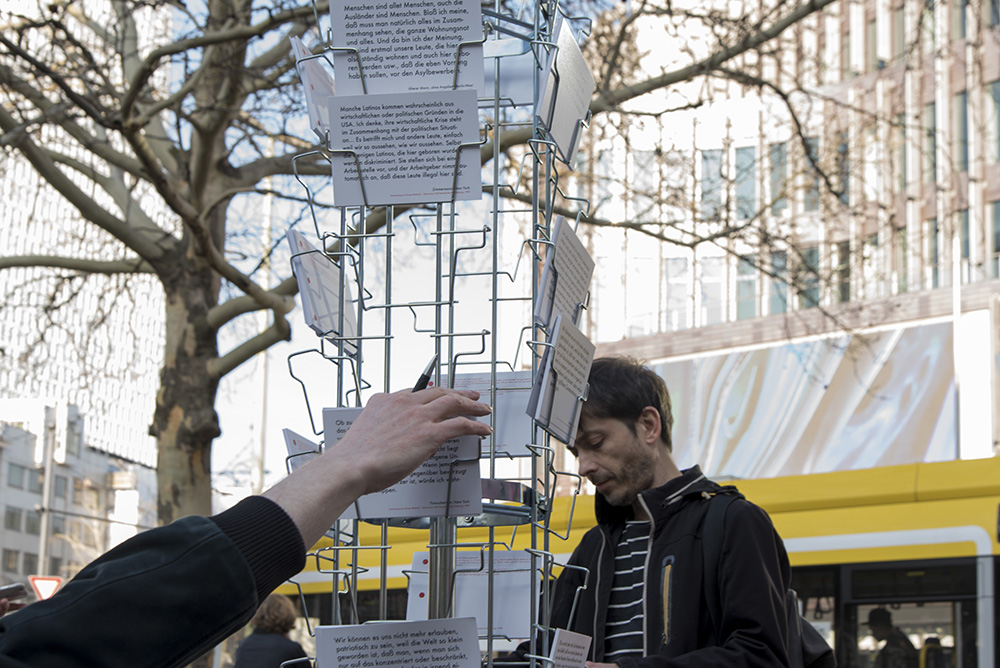 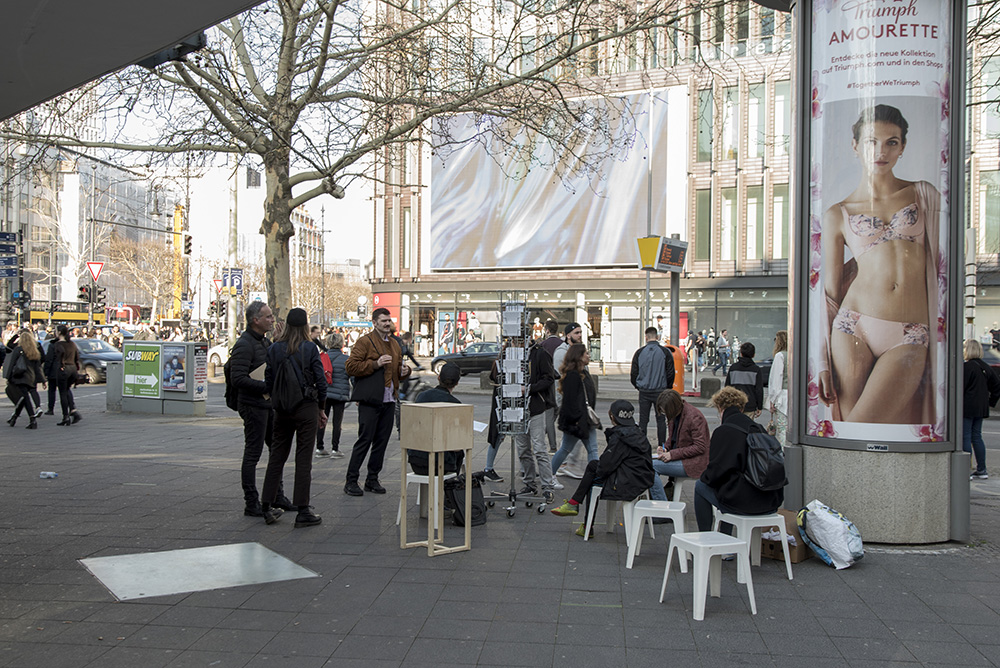 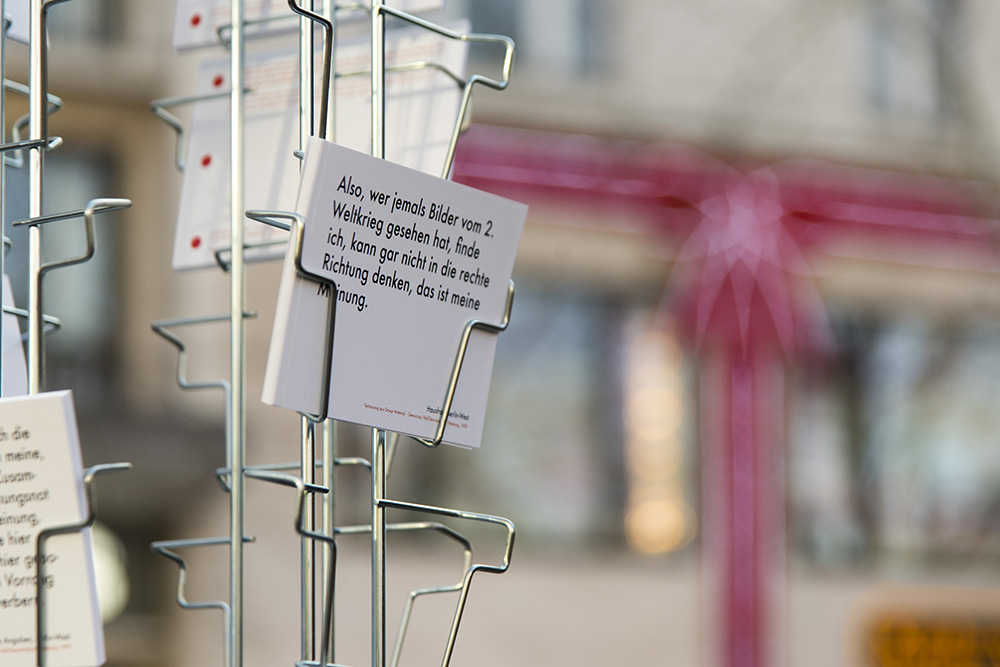 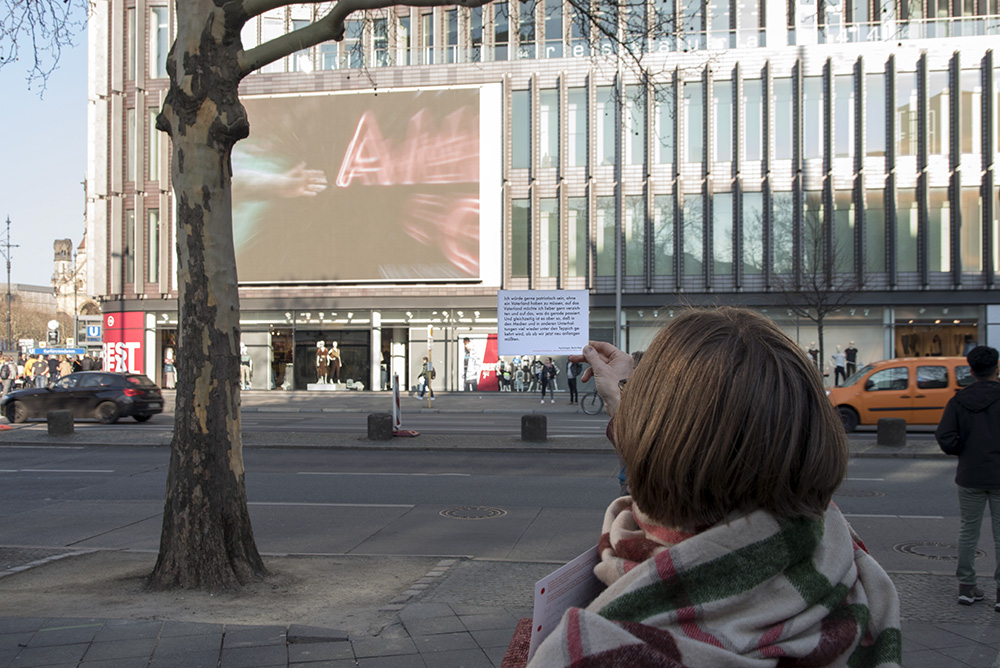