This is not just the street. These are the people.

In the fall of 2021, the Belarusian-Polish border crossing in Bruzgi-Kuźnica received international attention. In mid-November, the situation there came to a head when several thousand migrants, mainly from Arab countries, tried to enter the EU. Belarusian ruler Alexander Lukashenko, considered illegitimate by many states, is accused of systematically bringing the migrants to the border in order to use them as a means of exerting pressure against the sanctions imposed by the European Union. The title "This is not just the street. These are the people.", which is also part of the installation as a wall text, comes from an open letter by the Belarusian writer Svetlana Alexievich, which she published in the course of the protests and arrests in Belarus after the presidential elections in 2020. The center of the work is a stage arranged from Euro-pallets with a microphone. Poems by Belarusian poets sound from the microphone, which has been converted into a loudspeaker. The stage is a replica of the temporarily erected stage on which Lukashenko addressed the refugees in November 2021 in a logistics center repurposed to a refugee camp near the border to Poland. A screen shows footage from a Belarusian government webcam that was activated to monitor traffic and involuntarily broadcast live events at the border crossing. Seven large-format images show the images published on Google in November for the search term »Bruzgi«, sorted by day. Somewhat off to the side is a sign rotated 180°, reminiscent of an EU border crossing sign. The twelve stars of the EU flag are replaced by different emoticons published in social media posts about the incidents in Bruzgi. 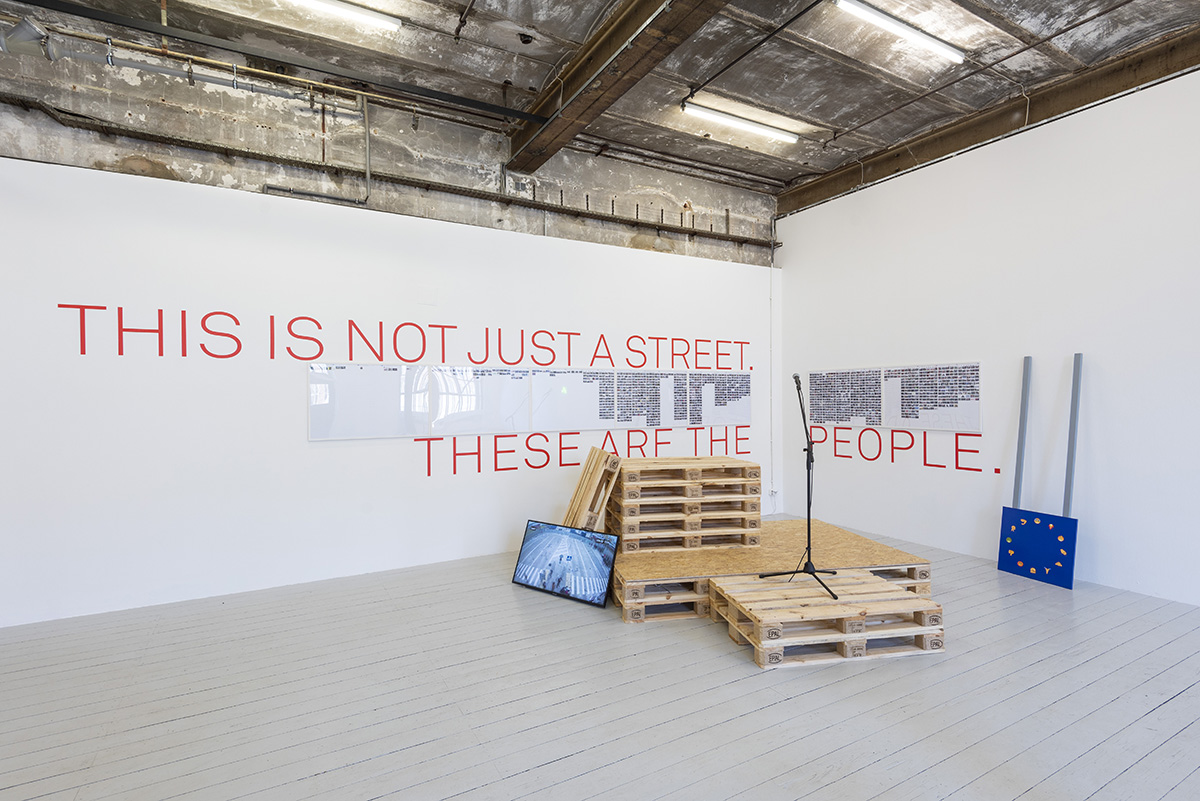 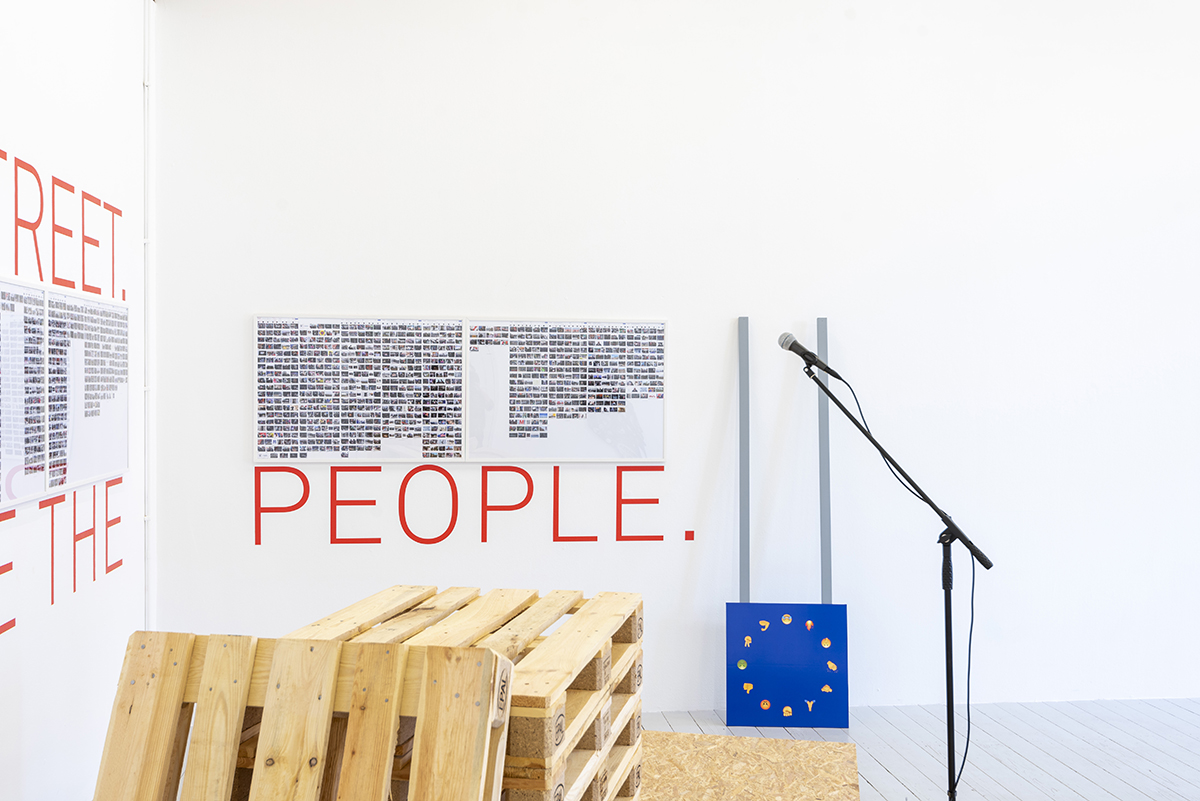 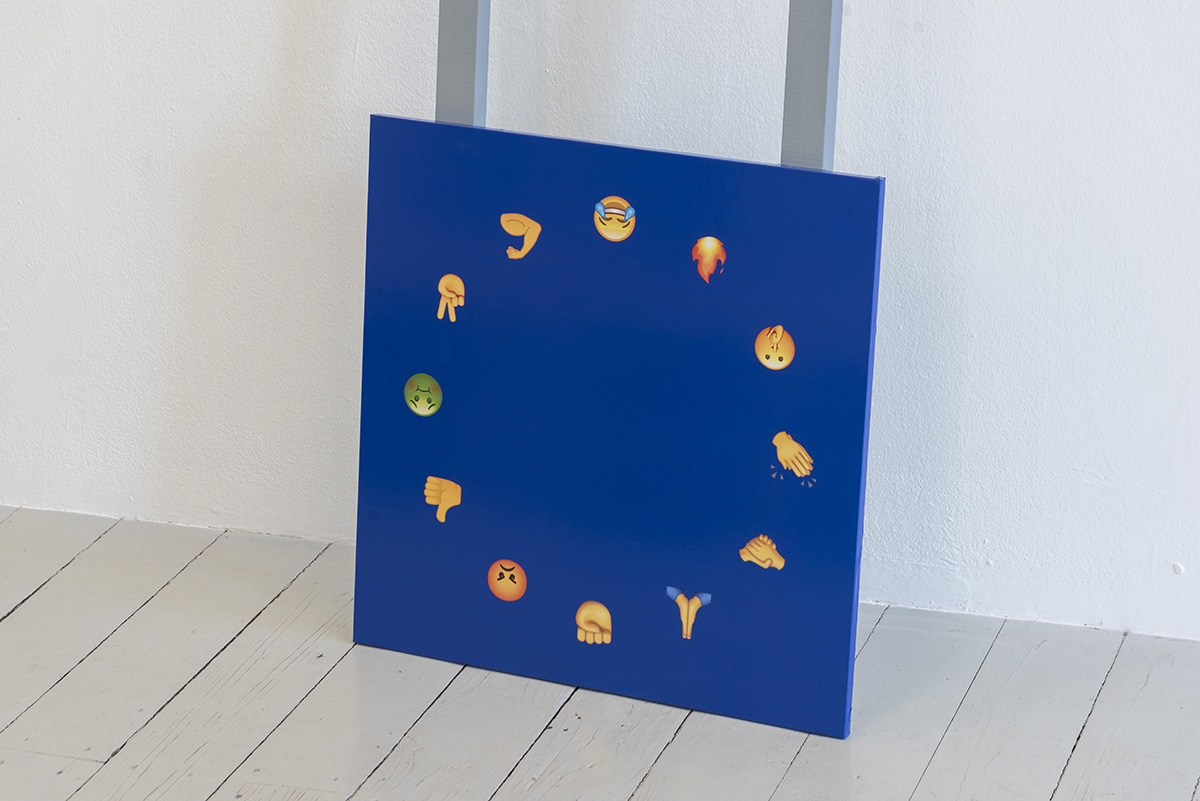 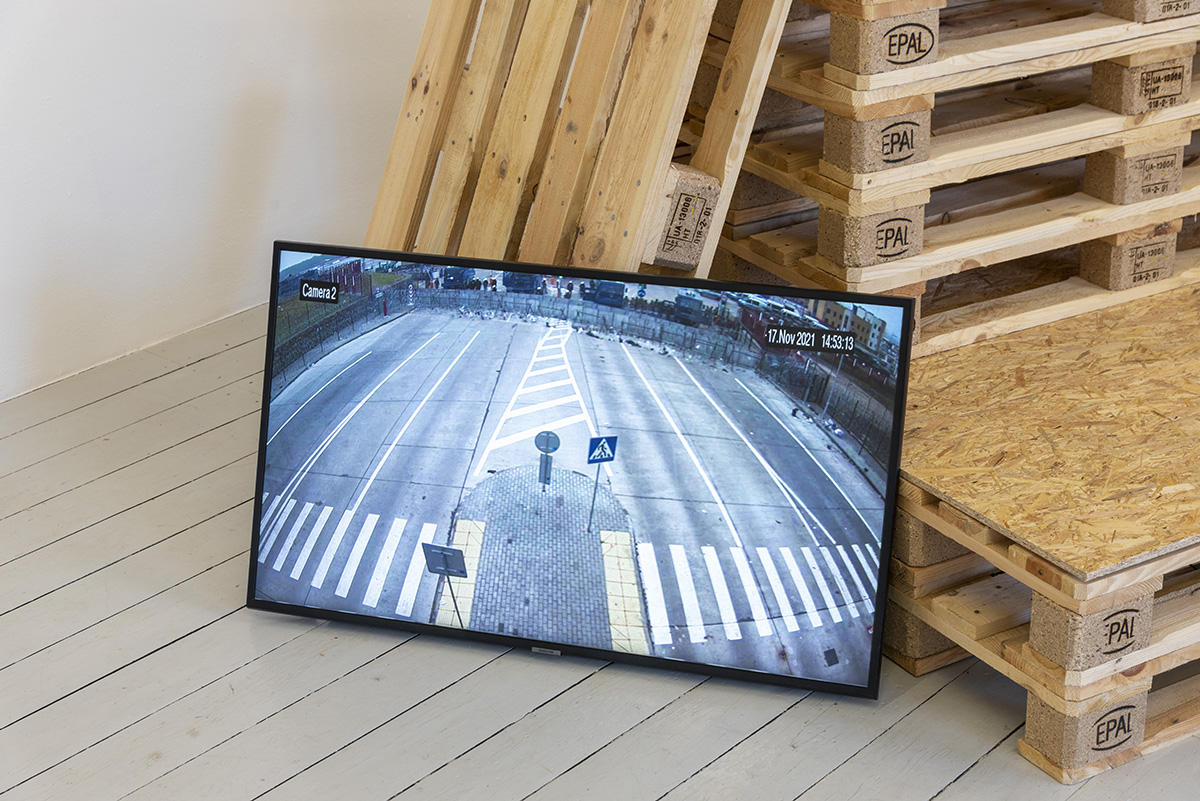 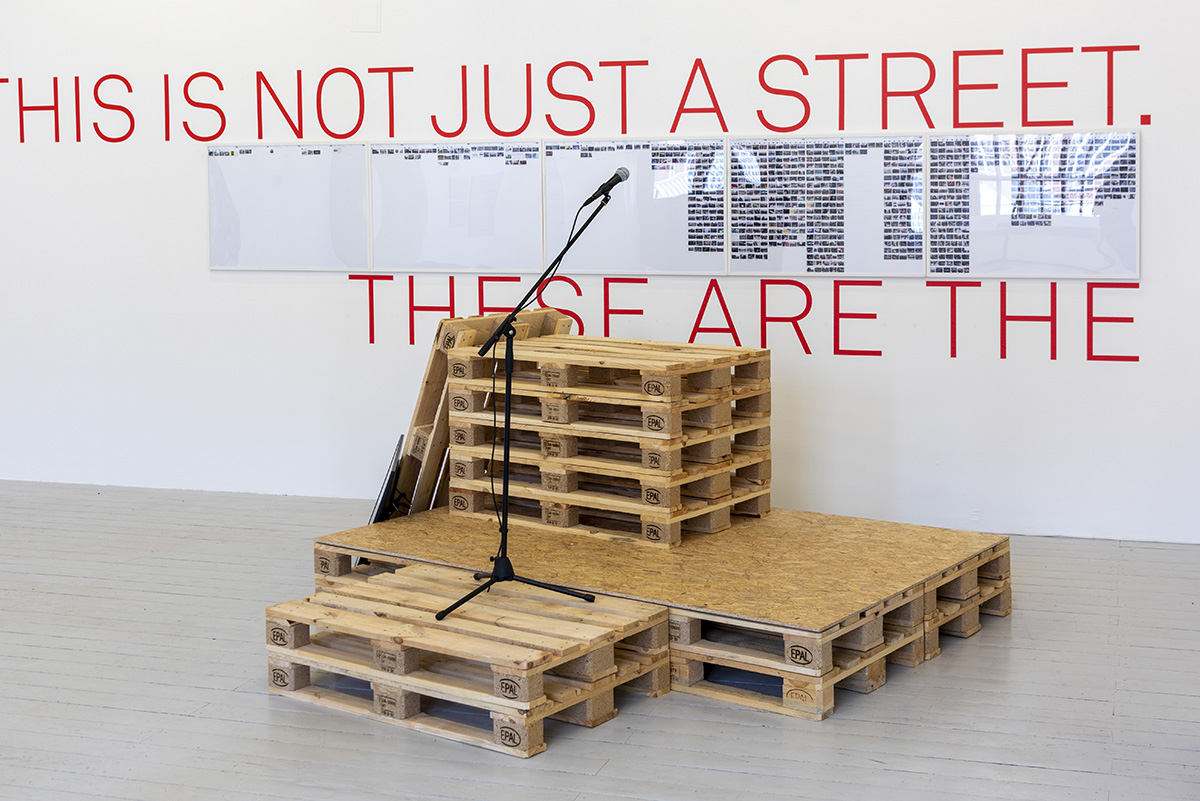 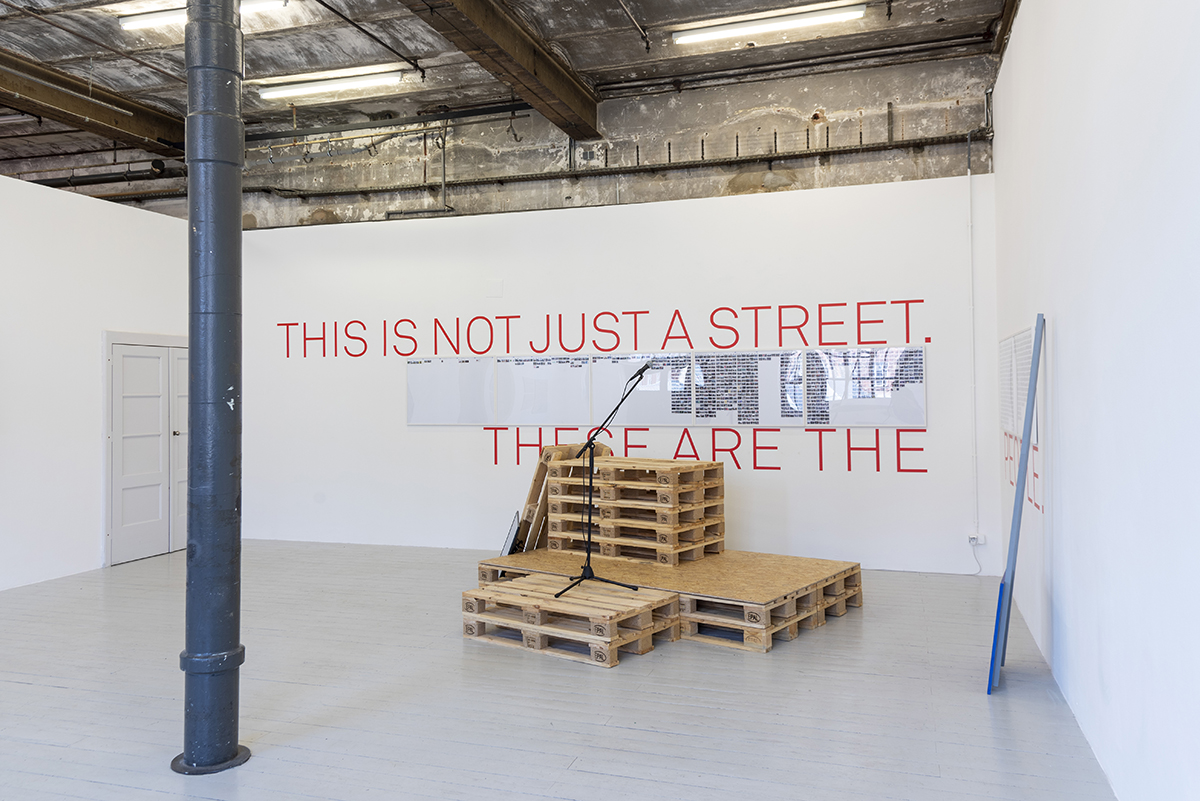